Below are the write ups that were automatically done from Game Changer. This year the club looks to use game changer for scoring purposes. Like anything new there will be teething issues with it and how the interface works. But in all it was a positive experience using it for the first time. Enjoy

Wangaratta Rangers Orange lost the lead late in an 11-10 defeat to Benalla Bandits on Sunday. The game was tied at six with Benalla Bandits batting in the top of the seventh when A Wilkinssingled on a 1-1 count, scoring one run.

Despite the loss, Wangaratta Rangers Orange did collect 11 hits in the high-scoring affair. Unfortunately, Benalla Bandits had 12 hits on the way to victory.

Tom Grinter was the winning pitcher for Benalla Bandits. He went four innings, allowing one run on four hits, striking out three and walking one. Cheyne (Ossie) Osborne threw two innings in relief out of the bullpen.

Brendon French took the loss for Wangaratta Rangers Orange. He went two innings, allowing nine runs on nine hits and striking out one.

Nathan Pool was the winning pitcher for Wangaratta Rangers Black. He allowed five hits and zero runs over four innings, striking out five and walking one. Aaron Parker threw two innings in relief out of the bullpen. Rian Banks took the loss for Porepunkah Panthers. He went three innings, allowing nine runs on eight hits and striking out three.

Living in the country. Just doing my bit for the Wangaratta Rangers. View all posts by Cam Scott 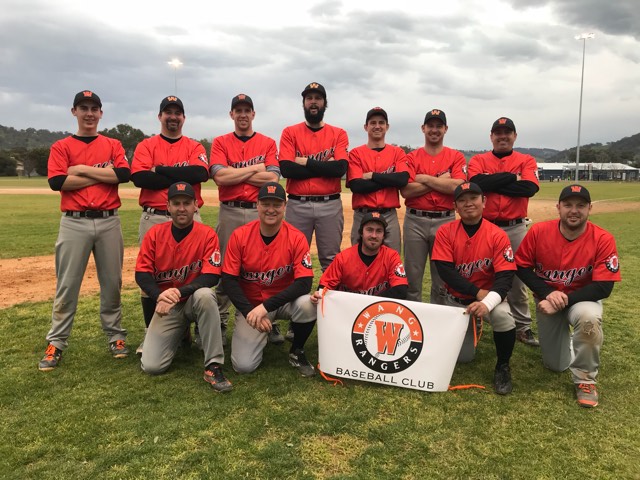